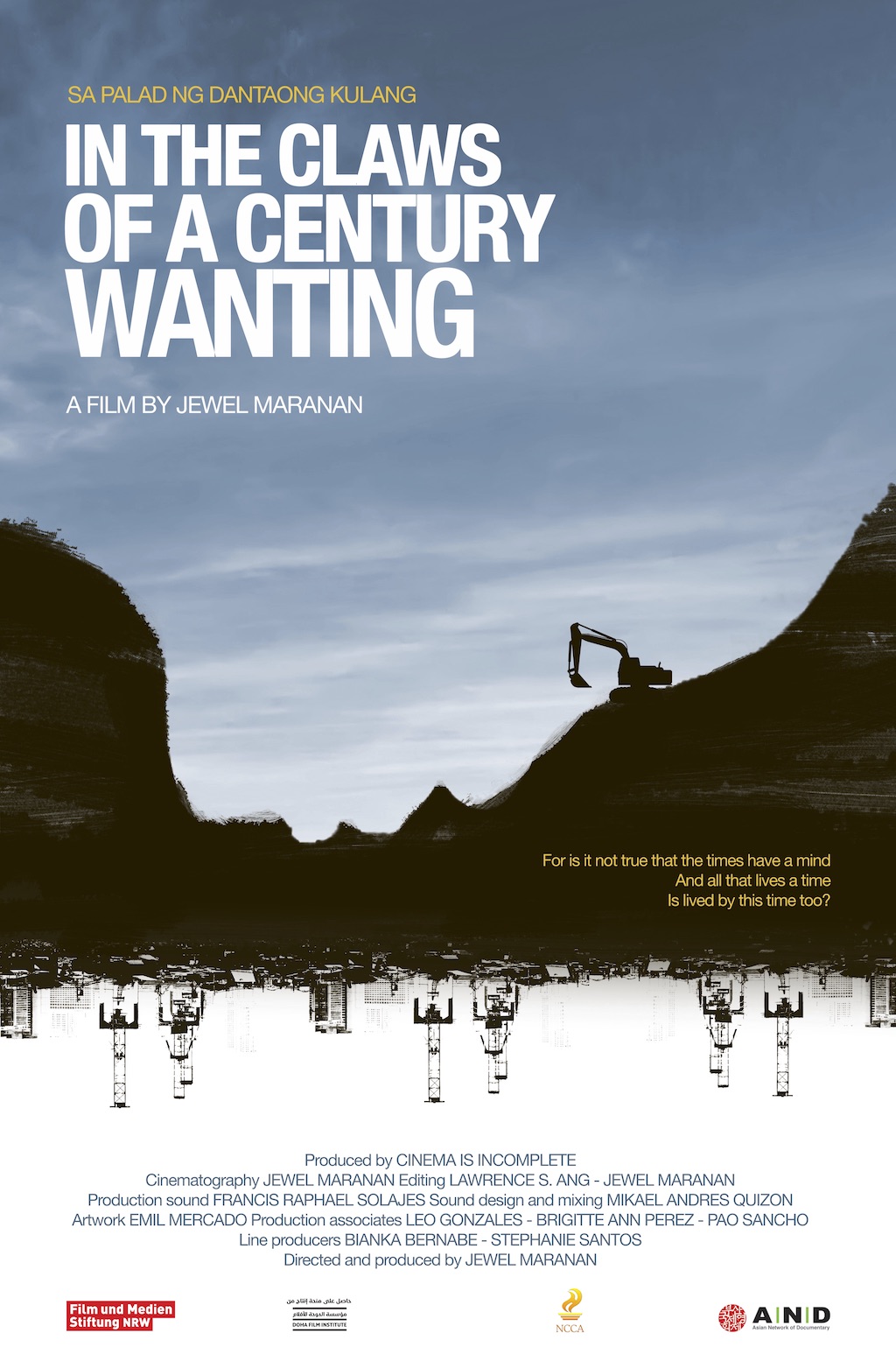 In the Claws of a Century Wanting

Four families live in the seams of Manila's busiest international port. They are migrants from the Philippine countryside who have ended up among the bottom quarter of Manila's population. In the hours of their ordinary days, they hear and see, the wealth of different nations packed as cargo, passing them by, leaving and entering Manila's shores.

Anne gives birth to her third child. Akira learns reading and writing while foraging for scrap metal and coal. Eddie entertains himself to sleep with a broken TV before another night shift work as a stevedore in the port. Emelita prays over the funeral of her husband. Around them and their days, the port is slowly expanding. Anne’s midwife, Paning, brings the news.

IN THE CLAWS OF A CENTURY WANTING is a filmic symphony depicting the increasing everyday violence in the aspiration for a city fit for globalization. It captures a global process from the perspective of everyday life. In the everyday of four small homes, the film traces imprints of the larger world.

Jewel Maranan is an independent documentary filmmaker and producer. Her deep interest is in the ways by which history inches through ordinary life. The films she makes and produces are crafted in this pursuit.

Jewel is the founder of Cinema Is Incomplete, an alternative film production and distribution company based in the Philippines. She is also a conspirator in Dokyupeeps, a loose network of Filipino documentary filmmakers, and an active participant in efforts to help develop Southeast Asian documentary through the SEA DocNet, a network of documentary professionals in Southeast Asia. She graduated from the University of the Philippines Film Institute and later

took her master’s degree in documentary cinema in the travelling school of DocNomads in Lisbon, Budapest and Brussels. She is also an alumni of the Berlinale Talents DocStation and  Doha Film Institute’s Qumra