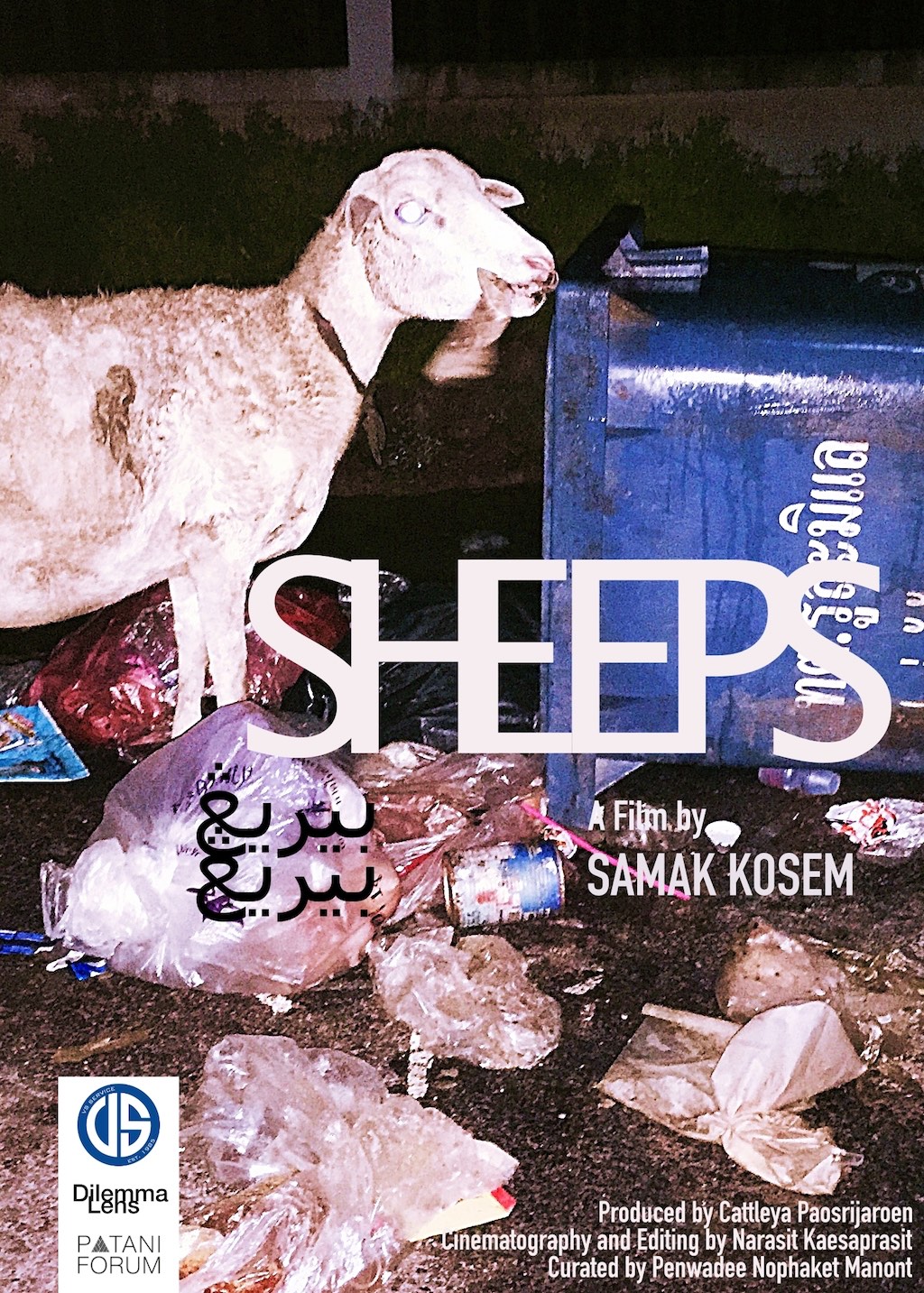 SHEEPS is a short documentary film that alternates social narratives in the Deep South through other “actors”, who are not just people or human-being in this society. By giving the so-called “nonhumans” who also live and interact within the same community / environment, the reflection of such still violent society is presented in different perspective. Sheep, as a Muslim pet for the Qurban or the sacrificing slaughter, is related to Islamic and local cultures. Creating myth about ‘stigmatized sheep’ is also no different than what the state attempts to defile people in the Deep South. The study of sheep in this work seeks to provide an insight into Muslim studies that I have studied constantly, by focusing more on the question over phenomena than emphasizing on the ideal Muslim society.

Samak Kosem works in the field of anthropology and his ongoing research at the Deep South of Thailand focuses on Muslim culture and non-human relation. His works portray through photography and visual ethnography, as one of his methodologies that can reflect the partial truth/fact from his studies. Samak is also interested in queer studies by focus on homosexuality in Islam to understand the limits of gender perspective in the local and the region which became his first solo show “Otherwise Inside” in 2018 at WTF Gallery in Bangkok. By the same year, he joined the first edition of Bangkok Art Biennale curated by Patrick D. Flores on his “Nonhuman Ethnography” project. Samak holds Bachelor of Science and Master of Art in cultural anthropology from Chiang Mai University and will continue his PhD to combine art and visual anthropological practice for his project on “Bordering on Desire” (2019) that show at Osage Gallery in Hong Kong.