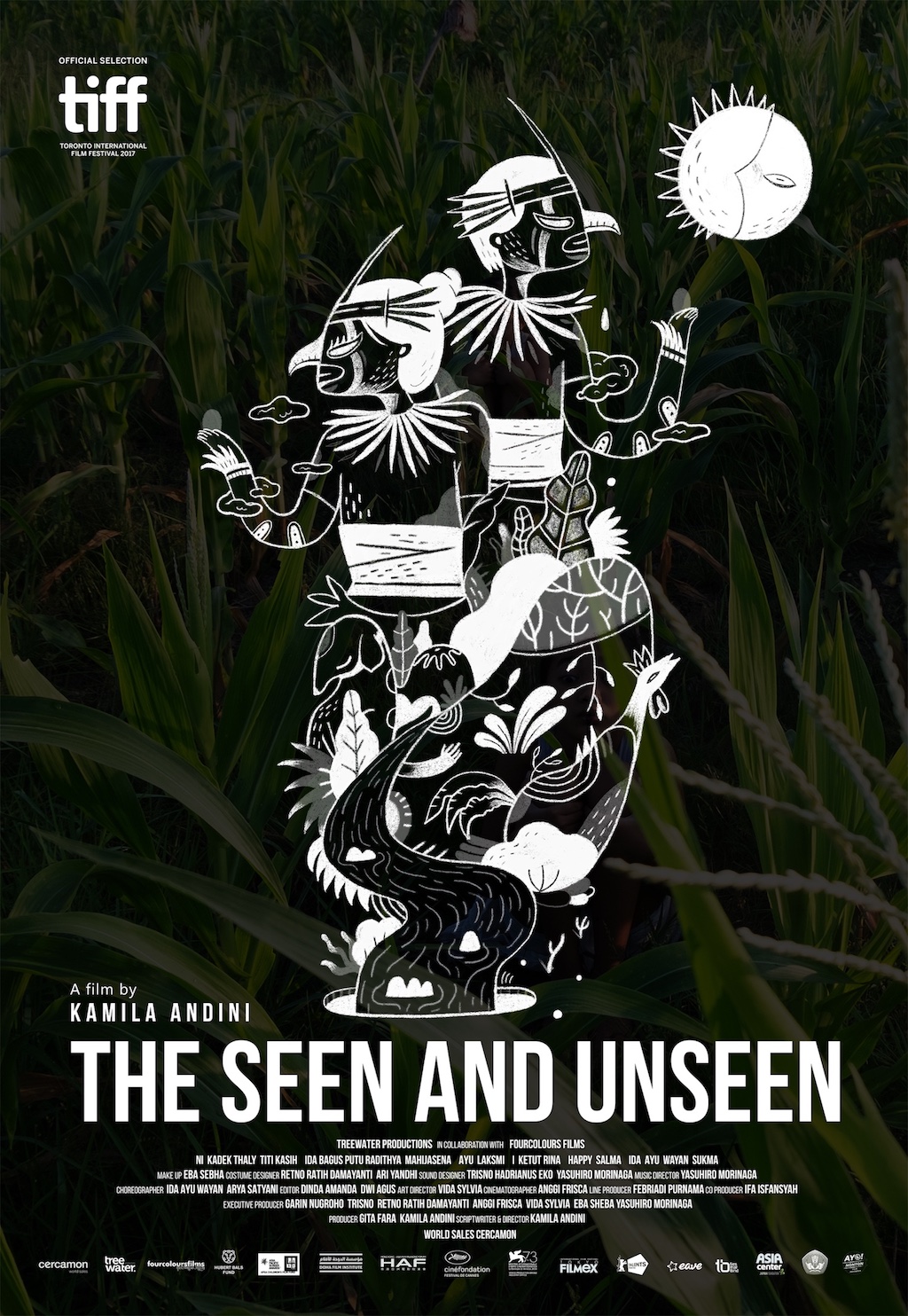 The Seen and Unseen

One day in a hospital room, Tantri (10 years old) realizes that she will not have a long time along with her twin brother, Tantra. Tantra’s brain weakens and he starts to lose his senses one by one. Tantra is now spending most of his time lying in the hospital room while Tantri has to accept the reality that she has to face life alone. This situation opens up something in Tantri’s mind.

Tantri keeps waking up in the middle of the night from a dream and seeing Tantra. The night becomes their playground. Under the full moon Tantri dances; she dances about her home, about her feelings. As the moon is dimmed and replaced by the sun, so does Tantra and Tantri. Together, Tantri experiences a magical journey and emotional relationship through body expressions; between reality and imagination, losing and hope.

Kamila Andini was born in Jakarta in 6 May 1986. She studied Sociology and Media Arts at Deakin University, Melbourne, Australia. Her concern of social culture, gender equality and environmental issue lead her passion to make films with a distinctive perspective of telling a story. In 2011, she released her debut feature film THE MIRROR NEVER LIES, which portraits the life of sea wanderer in Indonesian ocean. The film has traveled through more than 30 film festivals including Berlinale, Busan, Edinburgh, Seattle, and achieved more than 15 awards around the festival circuit.

Her two short films FOLLOWING DIANA and MEMORIA portrait women issues both in urban area of Jakarta and also in post conflict area of Timor Leste. Her second feature film, THE SEEN AND UNSEEN is competing in Platform section at Toronto International Film Festival 2017. This film was developed at the Cinefondation Residence program from Cannes Film Festival and supported by Hubert Bals Fund, Asia Pacific Screen Awards Fund, and Doha Film Institute Grants.